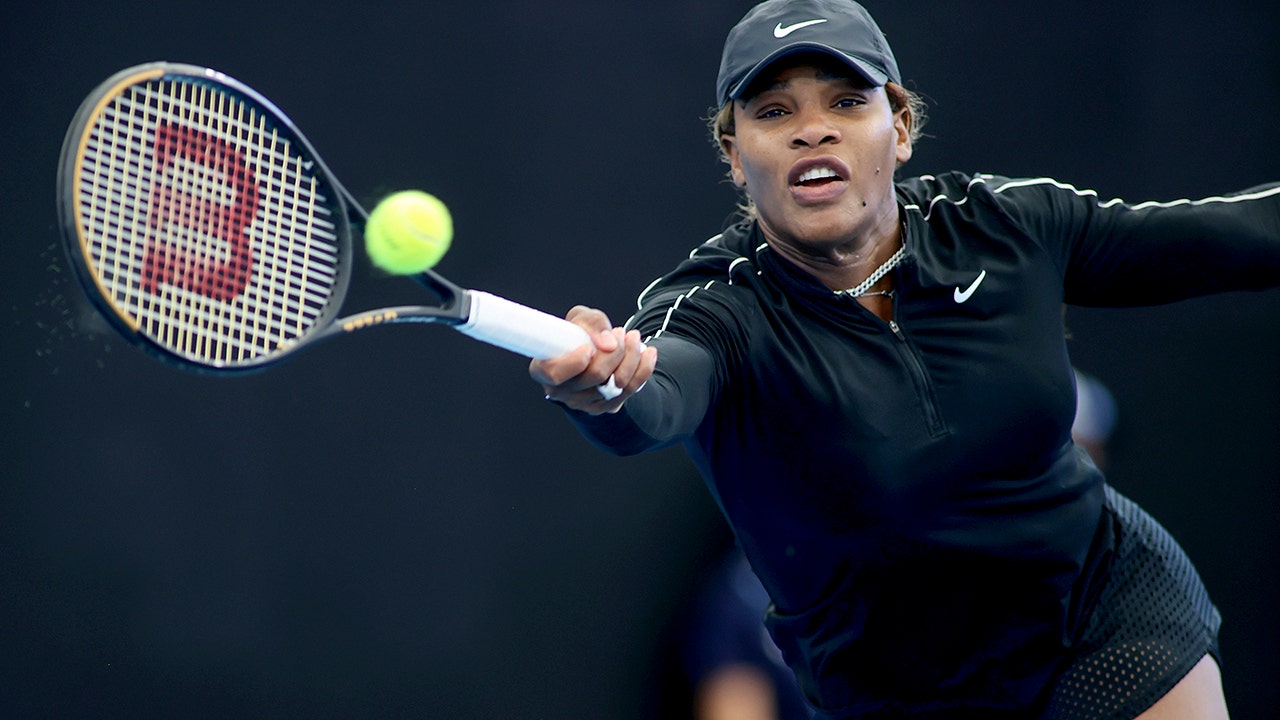 Serena Williams was preparing to play Naomi Osaka at a show tournament in Adelaide on Friday. But first things first – after 14 days in quarantine due to the COVID-19 pandemic regulations in Australia, the 23-time Grand Slam singles champion took his daughter to the zoo.

Williams said she had passed the 14 days of quarantine in a calendar after spending time with her three-year-old daughter Olympia.

“We went to the zoo,” Williams said of his first quarantine movements. “I’m so glad it’s over because it’s definitely hard to be in a room (for so long) with a three year old and be her best friend, especially after training and exercise.

“Honestly, I would not change anything, it was really fun to spend hours and hours with her.”

The visit must have been a good tonic before the game for Williams. She beat Osaka 6-2, 2-6, 10-7. Both players showed clear signs of rust, knocked set-up winners out of the game or netted relatively simple shots.

“Thank you all for having us. We’re honestly not played in front of an audience for over a year, it’s been a really long time, so this is really cool,” Williams said.

She acknowledged the tough 14-day quarantine restrictions that existed for the Australian Open to take place from 8 February.

“Thank you for trusting your laws, (it) was great,” Williams added. “We were so happy to just be here, and now it’s worth it.”

Earlier on Friday, the highest-ranked Novak Djokovic missed the start of his scheduled show match against the emerging Italian talent Jannick Sinner, who was Rafael Nadal’s quarantine internship partner. Djokovic received treatment for a blister on his right hand and left Sinner to play Filip Krajinovic, but the eight-time Australian Open champion arrived at the court at the start of the second set to cheers from the crowd.

Krajinovic won the first set 6-3 and Djokovic the second with the same points to give the Serbian victory team.

“I’m sorry I did not go on the field from the beginning, I had to do some treatment with my physio,” Djokovic told the audience in an interview after the match. “I wanted to play, I wanted to get out there.”

A TV close-up had previously shown a large blister on his Djokovic’s right hand, where his racket would sit.

“It’s part of what we do, we learn over the years to play with the pain,” Djokovic said. “But I saw the crowds and the emotions were so strong for me to get out, I had to play.”

A few hours earlier, Djokovic, who has already had COVID-19, celebrated the end of the quarantine with a barefoot walk in a local park.

“Just throwing your feet on the ground,” he said. “Just doing something I did not have a chance to do. So just having space, that’s what we all missed.”

Nadal and Dominic Thiem, who have won the last two majors played in Paris and New York, were scheduled to start the evening session on Friday in Adelaide before women’s No. 1 Ash Barty hosted Simona Halep. It will be Barty’s first match in 11 months.

The Adelaide Tournament is the only Australian Open tournament not played in Melbourne. The others, including the ATP Cup and three WTA events, will start on Sunday.

In Melbourne, the first of the players who quarantined with the city’s often endless weather – rain showers – was greeted.

The National Tennis Center in Melbourne Park has eight indoor courts and officials were expected to be inundated with requests from players, especially those who have been in hard lockdown, during court time.

The 72 players, who were on board the same three charter flights as the nine passengers who tested positive against COVID-19, have not been able to leave their rooms while others have been able to train for up to five hours a day.

Tennis Australia’s CEO Craig Tiley said players who had been in a hard lockdown would be given priority.

“We will have a lot of empathy to support those who have been in a hard lockdown and I have already made that commitment for them,” Tiley said.