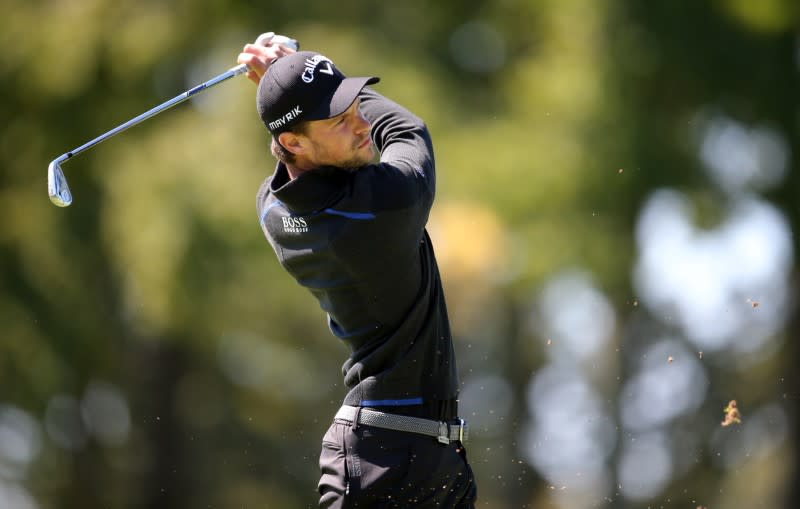 (Reuters) – Belgium’s Thomas Detry, who is watching a virgin European Tour title, rose to the top of the charts at the halfway point of the Dubai Desert Classic on Friday.

Detry, who started three shots behind the leader overnight Richard Sterne, carded five birdies to match his first-round score of five-under-par 67 in a second consecutive bogey-free round at the Emirates Golf Club.

Two of Detry’s three second places on the Tour came during last year’s swing in the UK and he hopes to go a step further in Dubai – a place he will soon call home.

“I’ve played really good golf, kept it on the fairway and hit every green and got up and down a couple of good times. So I’m very happy,” Detry, who has a one-lead of a total of 10 under, said.

“It would be extra special (to win). I’m moving here in a couple of weeks, so this is my new home. So winning at home would be great.”

Scotland’s Robert Macintyre, who also started the day three strokes behind Sterne, recorded four birds in his impressive round of 68 to move up to second at nine under.

South African Justin Harding and Kalle Samooja in Finland shared third place with five-time winner of the European Tour, Tommy Fleetwood, who eagle the last hole to go with them in the eight-under.

(Report by Hardik Vyas in Bengaluru; edited by Toby Davis)