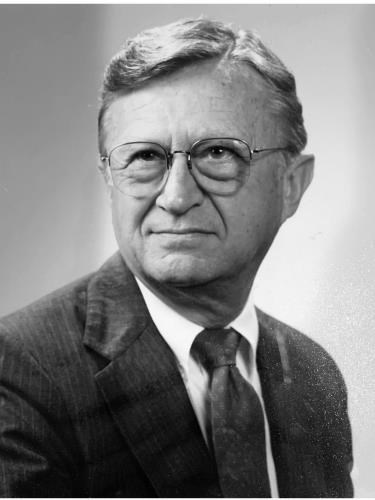 A native New Englander, Davis was born in Nashua, NH in 1925 to George Freeman and Muriel (Davis) Thurber and was the youngest of three children. Educated at Eaglebrook School (where he was “Best All-Round Boy”), Phillips Academy Andover, Bates College, Holy Cross and MIT’s Sloan School, where he was awarded the MIT Corporate Leadership Award in 1976. Davis also served as a lieutenant. in the US Navy at the end of World War II. After a few years of living in Indiana with his young family and working for Amos Thompson Corporation (a molded plastic company owned by his father-in-law), he was able to return to Nashua while still working as a salesman for the same company. After five years in sales and a brief stint at the White Mountain Freezer Company (where his grandfather had been president), Davis followed his father and grandfather (Lester Thurber) to the banking industry and continued what would become a family tradition spanning more than a century. Always proud of his NH roots, he reiterated his father George Freeman Thurber’s respect and appreciation for the diversity and hard-working nature of Nashua’s people.

With a reputation for economic brilliance, he turned 39 and became president of the Second National Bank. In 1969 he became President and Chief Operating Officer of the Bank of New Hampshire following the merger of the Second National Bank with the Mechanicks National Bank of Concord and the Manchester National Bank. This new bank would quickly grow into the largest commercial bank in the state. After winning a historic proxy battle in the early 1980s, Davis re-emerged as Chairman and CEO of the Bank of New Hampshire and continued to lead the bank through years of growth and financial stability.

During his long career, Davis was recognized as a visionary for NH business that had a strong perspective on the growing direction of interstate banks. His philosophy was “In order to survive, prosper, remain strong and meet new challenges, it is imperative for the bank to expand, branch out and merge or acquire other banks.” Prior to his time in his preventative approach to growth, Davis was instrumental in defining and organizing the way forward for the next step in NH banking. After navigating the tumultuous atmosphere of New Hamphire’s speculative banking environment in the 1980s and 1990s, Davis’ strategy stood in stark contrast to most of his regional banking competitors. In 1990 in particular, he led the Bank of New Hampshire on a triumphant path over federal banking regulators that ensured the institution’s survival as the largest independent community bank in the state. This preserved jobs and increased public confidence, resulting in unmatched record bank deposits.

A respected community leader who prioritized the needs of small local businesses, Davis worked diligently to ensure that banking services kept pace with customers’ growing needs. He was committed to a prudent, diversified and conservative lending policy that adhered to fundamental factors for shareholder value, customer service, community orientation, respect for employees and the stability of the banking institution. For Davis, integrity was the cornerstone of his life and career.

In 1995, at the age of 70, Davis retired and completed 45 years in the banking industry. His career spanned decades of challenging economic times for banks, all of which he negotiated with finesse and determination. It is certain that he will be remembered as an important business and social partner in Nashua’s rapidly growing growth in the late 20th century, but perhaps more he will be remembered as a lifelong gentleman who radiated modest grace. Above all, he was kind. In his long and generous life, Davis welcomed all people and all situations with equality.

In addition to many years of service to the Nashua community throughout his banking career, Davis was active in many local and governmental organizations throughout his life. A subset includes: The Twenty Associates, The Rotary Club of Nashua, The Masonic Order (Rising Sun Chapter, 33rd Degree), The Nashua Area Development Group, The Nashua Country Club, and The Episcopal Church of the Good Shepard. He was also a trustee of the Charles H. Nutt Fund, the Currier Gallery (Manchester, NH), Strawberry Bank (Portsmouth, NH) and suburban cemeteries, as well as a board member of the First Federal Savings and Loan Association, St. Joseph’s Hospital, YMCA and Big Arts in Sanibel, FL (also on the Finance Committee). In addition, Davis was head of Whitney Screw Co., Nashua Gas Service, Energy North Inc and Pennichuck Corporation, as well as the founder of the Squam Lakes Science Center and chairman of both the NH Bankers Association and the Squam Lakes Association.

Davis loved New Hampshire and for several years he and his wife Pat shared their time between Nashua, the Lakes Region and NH Seacoast. Davis was an avid skier and sailor in the past and enjoyed the White Mountains, Squam Lake and Newfound Lake. In recent years, Florida offered a break from the New England winters, and Davis and Pat spent the colder months on Sanibel Island and in Ft. Myers, FL. As a lifelong Red Sox fan, Davis especially loved that his favorite baseball team had spring training in Ft. Myers and he could catch a temporary exercise or a game.

A full-fledged gentleman, Davis will be remembered by his family and friends as a loving husband, a devoted, loving and humorous father, stepfather and grandfather, a strong friend and an innovative but compassionate businessman.

Services for Davis P. Thurber will be private. Reminders can be posted online via Davis Funeral Home at https://www.davisfuneralhomenh.com.

Instead of flowers, the Thurber family would be honored by donations to: